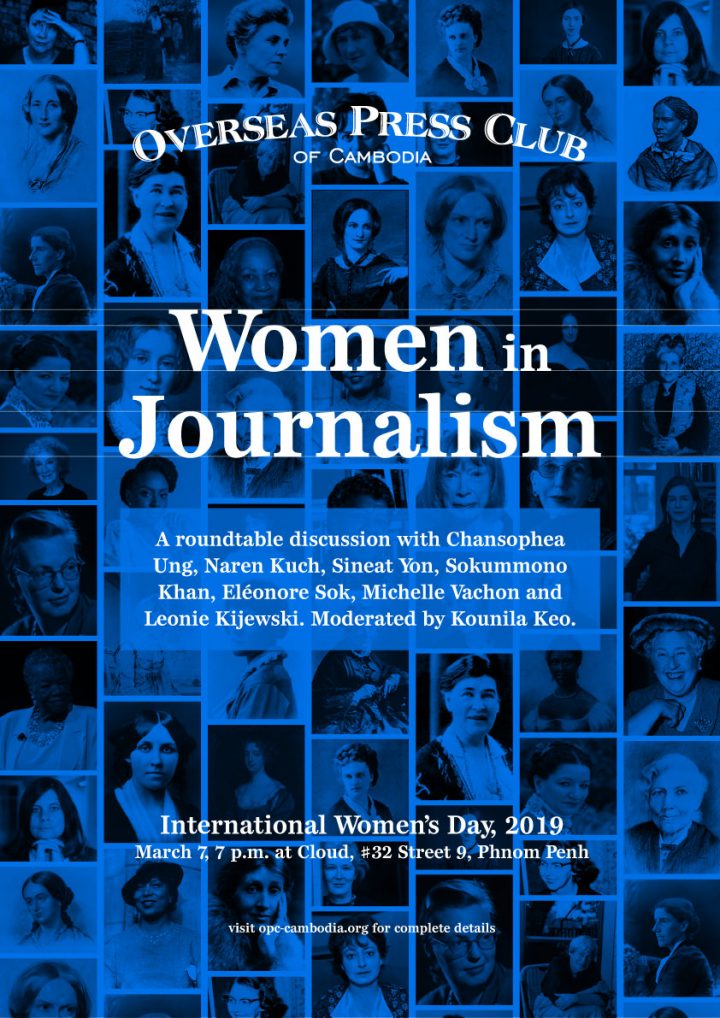 On the evening before International Women’s Day, the OPCC is organizing a roundtable discussion with some of the most well-known and best female journalists in Cambodia. Topics vary from typical issues female journalists in the Kingdom face and how to deal with that to the question of how important gender balance is in a healthy media landscape.

Kounila is a media consultant and also the founder of WhenInPhnomPenh.com, a lifestyle platform that hires Cambodian bloggers. She got her start in journalism with Agence France Presse, was a former digital manager for the BBC and a communications specialist for a USAID-funded technology project. Besides blogging for UNESCO, Keo was also a social media influencer for Russia’s Ministry of Youth Affairs and both Indonesia and India’s tourism boards. She spoke at TEDxPhnom Penh on blogging and its influence on the next generation of Cambodia.