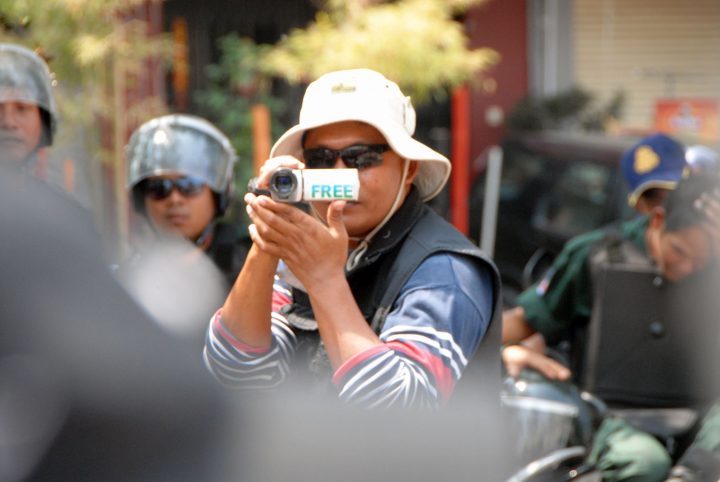 PHNOM PENH – The OPCC is alarmed at the continuing attacks on free press in Cambodia. The latest is the charging of two journalists, Yeang Socheameta and Oun Chhin, on Nov. 18, with espionage when literally no evidence has been presented. They are currently being held in Correctional Centre 1, which is notoriously overcrowded and face up to 15 years in prison.

The two journalists were arrested on Nov. 14 and are former employees of the American-funded Radio Free Asia (RFA) that closed in August in the middle of a crackdown on independent media outlets.

By accusing them of supplying info to a foreign power with no evidence, the government is effectively criminalizing all journalism for foreign outlets or that might be read by foreign readers.

Cambodia used to enjoy a relatively free press that has come under a sustained and ruthless assault this year. The Khmer people, donors, diplomats and the international community are losing the ability to access quality reporting from Cambodia.

The OPCC calls on the Royal Cambodian Government to allow a free press to function unharassed as required by the constitution and, if no compelling evidence is presented, release Yeang Socheameta and Oun Chhin forthwith.