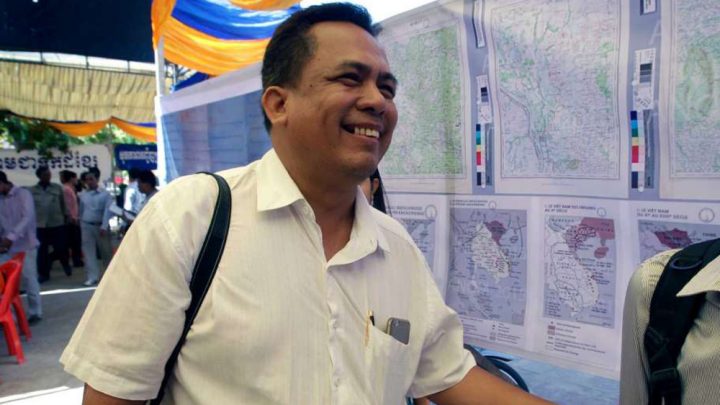 The detention of four students for trying to screen an Al Jazeera documentary about slain analyst Kem Ley this week is an act of media censorship.

The students, from the Khmer Student Intelligent League Association, were released four hours later, according to reports in The Cambodia Daily and Phnom Penh Post, after signing an agreement to stop the screening and handover their copy.

The police threatened to charge them with incitement. Though who they were inciting and to what action, they never said. Either way, it’s not the first time this nebulous charge has been leveled at government critics and activists.

I Am Chut Wutty, a documentary about an environmental analyst, who was shot dead while helping journalists cover the destruction of forests in Cambodia, was also suppressed in 2016 for similar reasons.

Banning both documentaries contradicts the International Covenant on Civil and Political Rights, which Cambodia ratified in 1992.

The ICCPR states that: “Everyone shall have the right to freedom of expression; this right shall include freedom to seek, receive and impart information and ideas of all kinds, regardless of frontiers, either orally, in writing or in print, in the form of art, or through any other media of his choice.”

If the government has concerns about the quality of Al Jazeera’s reporting then they have numerous ways to address them. By staying silent, they leave themselves open to the accusation that they cannot tolerate people questioning the official story that put Ley’s murder down to an unpaid debt.